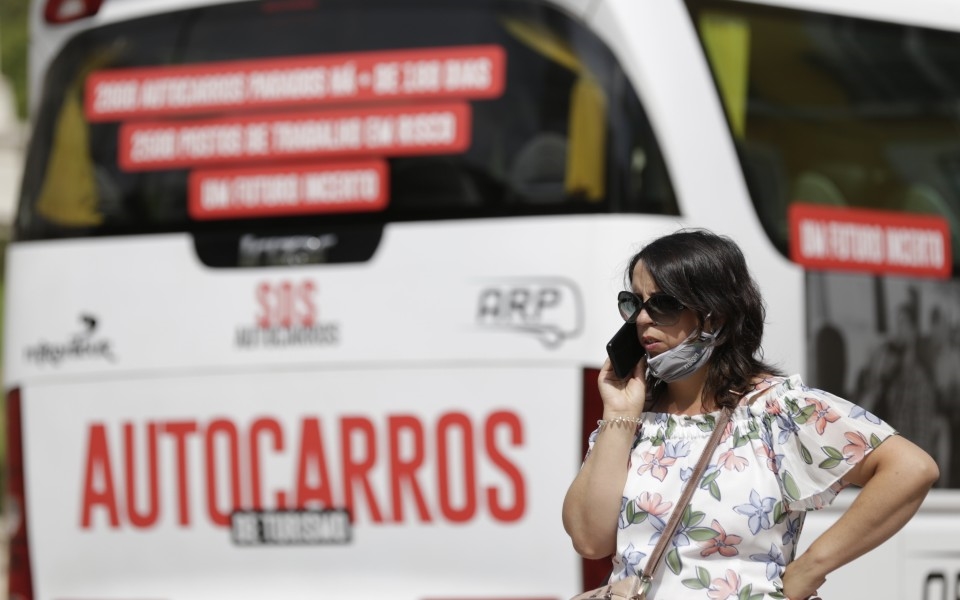 According to those in charge of ARP - Associação Rodoviária de Transporte Alta de Passengeiros, “the buses and workers have been stopped for 180 days, and the outage is expected to continue for another 180 days”.

The touring coach sector complains of having suffered a drop in revenues of more than 80% due to the Covid-19 pandemic.

To “raise awareness and inform policy makers about the current moment experienced by the heavy passenger transport sector that is dedicated to occasional service (tour buses)”, several heavy passenger transport companies, supported by ARP - Associação Rodoviária de Transporte Pesado of Passengers, carried out today, September 16, in the cities of Porto, Lisbon and Faro, a public awareness campaign, with a total of 200 buses.

"This action of solidarity with all passenger transport companies also intends to transmit to the market and customers the confidence that the occasional service will be carried out in complete safety and in accordance with the instructions of the competent entities", ensures a statement from ARP.

According to the leaders of this association, "the buses and workers have been stopped for 180 days, and the outage is expected to last for another 180 days".

“Currently, there are companies that, in five months, have invoiced zeuro euros. The billing losses are over 80% ”, denounces the ARP management.

According to the accounts of this association, there are about two thousand buses stopped for more than 180 days and 2.500 workers with jobs at risk, so the tour bus companies have an “uncertain future”.

“Despite the difficulties experienced, companies want to send a message of confidence and hope. In this sense, they have been progressively adapted so that the transport of passengers by tour bus is safe. For this purpose, hygiene and cleaning protocols were created; equipment for disinfecting by ozone or by nebulizing disinfectant products; contingency plans implemented; among others ”, assures the ARP.

The statement in question points out that, “based on the above, the ARP calls on the Government to pay special attention to the heavy passenger transport sector that is dedicated to the occasional touring coach service”.

"Otherwise, there will be mass redundancies starting in October and the delivery of buses to rental companies / banks as of March 2021", warn the ARP officials.

The association's management considers that “companies do not have the financial resources to pay their fixed charges for indefinite periods”, adding that, “to maintain their installed production capacity, the Government needs to look at this sector with special attention and create effective support measures ”.

Among these measures, ARP understands that “more financial support is required and with repayment periods of up to 10 years; new simplified lay-off; extension of credit default, beyond March 2021; effective support from insurance companies; standardization of procedures by countries belonging to the European Union, with regard to mobility, namely the capacity allowed on buses, under the risk of distorting competition and making the transport activity of Portuguese companies unprofitable ”.